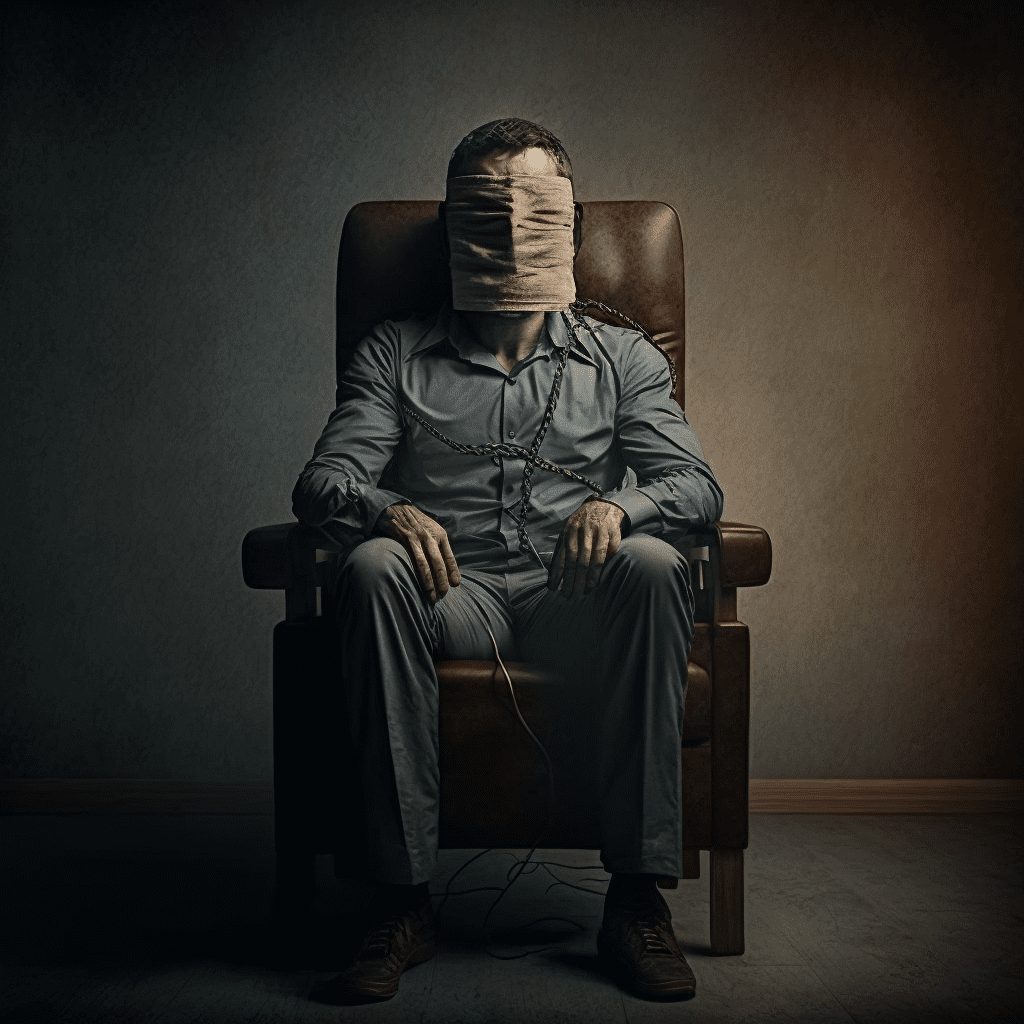 Deep In-Justice: The Rise of a New Vigilante Justice System

Seven months have passed and the criminal justice system is grinding to a halt as arrested criminals struggle to find defense attorneys. The crisis began with the abduction of three men in Chicago last March. The men were adult children of defense attorneys at Ross & Morgan & Samuel, a prestigious criminal defense firm known for reducing sentences for violent offenders and even getting them acquitted of murder charges.

The abductions were followed by a nightmarish ultimatum: the three attorneys were each sent a video of their family members being held at different locations, with instructions to either commit suicide or be responsible for the death of their abducted family members.

An excerpt from the cryptic message that was leaked later read:

“You are champions of injustice and murder. Consistently, you cleverly reduce sentences for murderers, rapists, and villainous souls. You have let many walk out grinning, and others given as few as 10 years. This after they have ended the life of another in a violent crime. You work the system, knowing these men are guilty under the guise of a right to defense. Proving not that they are innocent, but finding loopholes and confusing juries. But we as fathers and mothers, brothers and sisters of the fallen, we have no chance for parole. There is no time served for the grief these acts have caused. There is no clever loophole to healing. There is no redemption for good behavior. Let it be known that you have chosen money over all else. Now you must choose yourself over your family. You have 48 hours to stream your suicide or your children will be killed.”

What followed was one of the largest manhunts in history, but as time ticked over 40 hours, the three attorneys delivered on the request, with a stream of their deaths from self-inflicted gunshot wounds. At that moment, three addresses for three abducted men were released on a messaging board, accompanied by a live stream of the bound men in chairs. But when police arrived, the men were all dead.

In fact, only the attorneys were alive. In a nightmare-ish twist, it appears both the abductee and the police were using deep fake technology – both as proof of life and death. The men appeared to be moving, breathing, grunting and alive during the ordeal. The suicides were similarly grotesquely convincing.

Police have not commented, but an anonymous source says a note was found which said “I knew you venomous cowards would try to find a loophole”.

Deepfake technology, which uses machine learning algorithms to manipulate and superimpose images and videos, has reached a level of sophistication where it is nearly indistinguishable from reality. The technology is created by feeding large amounts of data, such as images and videos, into a neural network. The network then learns to recognize patterns in the data and can be used to generate new, synthetic images and videos. This technology can be used to create realistic videos of people doing and saying things they never did or said, which raises concerns about the potential for misuse in spreading misinformation and propaganda. In recent years, the technology has advanced rapidly, with the help of deep learning and Generative Adversarial Networks (GANs), making it more accessible to the general public.

As the nation reels from the aftermath of a string of vigilante murders, many are questioning the state of the criminal justice system. With 135 additional murders carried out across the nation in the past 7 months, and only one arrest made, the public is on edge. The vigilantes, whose actions have been labeled as “deeply disturbing” by authorities, have targeted not only the criminals themselves, but also their families and attorneys.

The movement, which is being referred to as the “#SeeWhatYouveDone” movement, has seen criminal attorneys having their eyes gauged out on 19 different occasions. The hashtag is trending with followers of the cases, and many are outraged at the level of violence and the apparent organization of the vigilantes.

Charles Murphy, the only arrest made in connection with the murders, posted a public message before his apprehension, stating “It’s been 16 years since I lost my daughter and wife. 16 years that I think about the rape charge that was dropped and first degree murders dropped to manslaughter. That man is sitting reading books paid for by hard working American tax dollars. He’s eligible for parole in a year at 48 years of age. Know that you did this as much as he did. I look forward to hiring the best criminal attorney”. Murphy has since raised over $800K via an anonymous funding platform.

The vigilantes have been elusive to police, and the criminal justice system is struggling to keep up with the investigation. Anonymous detectives have stated that the vigilantes are using advanced deep fake technology to create realistic videos, calls, and streams in order to lure their victims.

As the nation struggles with the question of justice, many are calling for a reevaluation of the laws and system that allowed for such a disturbing movement to gain traction. With sentences for even multiple murders carrying a maximum of 25 years before eligibility for parole, and top criminal attorneys reducing first degree charges to second degree or manslaughter, some are questioning if the system is truly serving justice. The question remains, what is justice for injustice?