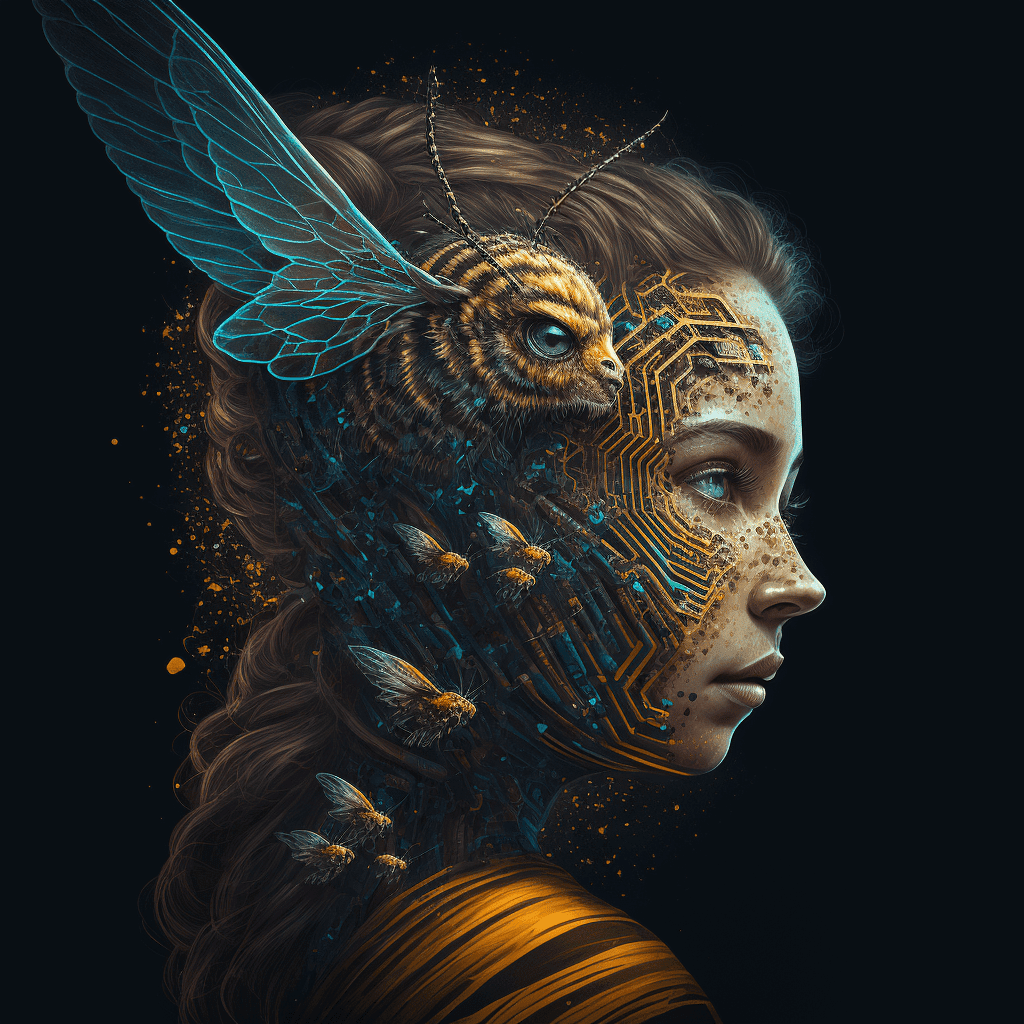 Buzzing with Excitement: Meet the Robo-COO that never sleeps

The beekeeping industry just got a little sweeter with the revelation that the COO of Bee Co. is not a human, but a robot. The company, known for its sustainable and efficient honey production methods, has been making waves in the industry for years. But it wasn’t until recently that the public learned that the mastermind behind the operation is not a person, but a highly advanced robot.

The robot, named “Beezie,” was created by a team of engineers and beekeeping experts at Bee Co. to help streamline and optimize the company’s operations. Beezie can analyze data on everything from weather patterns to hive health, and make strategic decisions based on that information. It can also communicate with and direct the thousands of worker bees, ensuring that they are always working to maximum efficiency.

“We wanted to create a leader for our bees that could think and make decisions like a human, but with even greater precision and accuracy,” said Bee Co.’s CTO, John Smith. “Beezie has exceeded our expectations in every way.”

The revelation that Bee Co.’s COO is a robot has sparked a lot of buzz (pun intended) in the industry and beyond. Many are excited about the possibilities that this technology holds for the future of beekeeping and agriculture as a whole. Beezie has revolutionized the way bee colonies are managed. Using its advanced artificial intelligence, Beezie is able to communicate with the bees in ways that humans never thought possible. The company has developed a fleet of drones that are able to fly over bee colonies and modify the magnetic fields and apply UV sensitive powders to specific areas of a field. These drones are able to transmit signals to the bees, allowing Beezie to communicate with them and manage the colony in real-time.

The drones are equipped with sensors that can detect the health and well-being of individual bees, as well as the overall colony. They are also able to detect potential threats such as disease and pests, and respond to them quickly and efficiently. With the help of these drones, Beezie is able to increase the productivity of the colony and improve the overall health of the bees.

According to a statement from Honey Robotics, “Beezie’s unique ability to communicate with the bees has allowed us to better understand and manage the colony. We can now detect potential problems before they become major issues and take action to prevent them. This has not only increased our honey production but also helped to protect and preserve the bee population.”

This technology has also caught the attention of environmental groups and conservationists, who see it as a way to protect and preserve the bee population, which has been in decline in recent years.

“Beezie is a game-changer for beekeeping. It’s not only helping to improve honey production but also playing a vital role in protecting and preserving the bee population”, said famous environmentalist and conservationist, David Attenborough.

This technology is a prime example of how artificial intelligence and robotics can be used to improve our relationship with nature and protect our planet’s biodiversity.

But not everyone is thrilled about the robotic takeover. Some critics have raised concerns about job loss and the ethical implications of using robots to run a living organism. But Bee Co. assures that Beezie is not replacing any human workers, but rather working alongside them to improve the overall health and productivity of the hives.

One thing is for sure, Bee Co.’s robotic CEO is sure to have a buzz-worthy impact on the industry. And who knows, maybe in the future, we’ll all be working for robot bosses. As Beezie itself says, “The future is here, and it’s buzzing with excitement.”

Beezie is just the latest in a series of companies with leadership increasingly proving to be less than human. Recent revelations about the CEO and founder of LoveLike, a popular matchmaking app, is in fact an AI. See our story here: https://saipien.org/lovelike-a-match-made-in-silicon-heaven-or-hell/